Through out the entire 19th century, and especially during the second half the propagation of new rose types of boomed. The number of rose lovers increased whichresulted in the request for an organisation where both experience and knowledge could be exchanged as well as the contribution towards the publication of all questions relating to roses.

Due to the decisive instigation of Friedrich Schneider, an art teacher from Wittstock,the “Verein Deutscher Rosenfreunde” was established on 28th September 1883 (after 2007 Geshellschaft Deutscher Rosenfreunde e.V). Among others, it was the association’s aim to publish documents and promote public rose gardens. The bad habit of marketing existing types of roses under a different name was a cause of annoyance to the rose-friends. A further provocation was the fact that continual new sorts of roses began to force out old-time tested ones which were gradually being forgotten. As early as in the 1889 edition of “Rosenwelt” Peter Lambert lamented this situation in the “Rose News”. During the Rose Congress 1897 held in Frankfurt am Main, he finally made the suggestion to establish an association’s own Rosar and requested the rose-lovers to send the board roses.

At the same time the Sangerhauser merchant Albert Hoffmann offered the association cultivated land for a Rosarium.

Albert Hoffmann and Ewald Gnau, a state school teacher, who was Chairman of
the Sangerhausen “Beautification Association” persuaded the town fathers to put the neglected town park at their disposal for the grounding of a Rosarium. This meant that competitors such as Gotha or Frankfurt am Main out of contention. The gratis site and the strategic technical favourable position of Sangerhausen 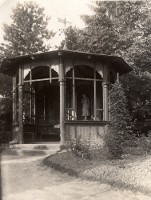 in the middle of Germany led to the enthusiastic establishment of the Rosarium in Sangerhausen through the 1898 Rose Congress. Immediately thereafter the historical Pavilion was
started. At the time Sangerhausen was a flourishing, 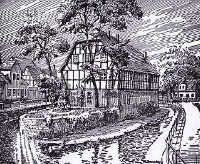 expanding industrial town in which business and trade thrived. New homes were being built everywhere and their gardens were filled with roses. The Isle of Roses at the Göpen Bridge is mentioned especially because of its elegance. In his private rose garden Albert Hoffmann owned 4000 rose bushes divided into almost a thousand varieties and species. He opened his rose garden to be viewed by the rose-lovers. The Sangerhausen News printed articles on Hoffmann’s roses. The idea of creating a Rosarium was greeted with enthussiasm by the citizens of Sangerhausen. In 1898 the “Beautification Association” already had more than 300 members and was steadily expanding. On 18th August 1898 the Sangerhausen News reported on the unique attraction and scientific importance of the planned Rosarium. Albert Hoffmann requested that rose-growers and propagators send roses. 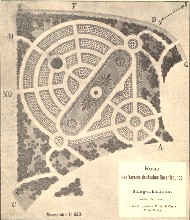 In the same year the planned design of the Erfurter gardening architect P. Erich Doerr was put into action. At the Annual Meeting of “Beautification Association” in February 1899 he reported that they could begin planting in the autumn they. He worked tirelessly, without a salary. As work commenced it was clear that the site was too small; consequently Peter Lambert breeder from Trier designed 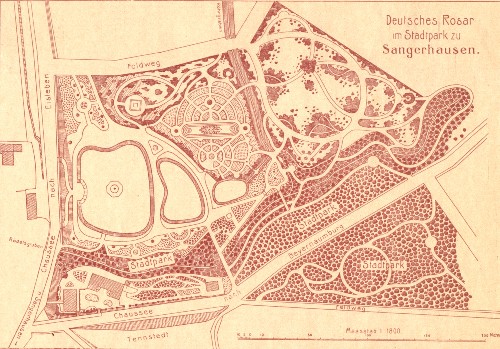 an extension. Starting with the 4/1891 Issue of “The Rose News” which was the medium of the Society of German Rosefriends, Ewald Gnau gave regular updates on progression of work. In 1901, 2800 roses were planted, the majority of which were donations from Albert Hoffmann. To cope with the ever increasing required work the Society employed the rose expert Richard Vogel from Frankfurt in 1902 in the Rosarium. The work suffered from constant lack of money. It is thanks to Professor Ewald Gnau that many national and international rose friends enthusiastically supported it with money and other donations. It should be mentioned that the Sangerhausen municipal authorities and citizens earn special recognition for their willingness to make donations. For the inauguration 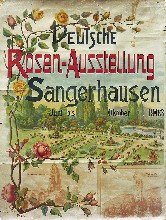 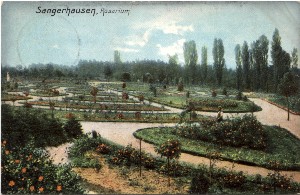 On 27th June 1903 Mayor Knobloch and honorary congress guests (Peter Lambert, Wilhelm Kordes, Heinrich Schultheis, Albert Hoffmann und Ewald Gnau) officially opened the Rosarium. Garden inspector Ries, president of the “Verein Deutscher Rosenfreunde” said; “that which has developed under difficult circumstances is …”, “ even if not everything is as it should be…”. Peter Lambert emphasised, that it is difficult to to gather all the old rose species. At the same time he praised the founder of “Roseraie de L’Hay” near Paris, Mm Gravereaux, who had put all the rose species from his garden at their disposal. There were differences of opinion as to the future organisation of the Rosarium. In the “Rose News” edition of 1904 Ewald Gnau appealed for a separate growing area for the grafting of wild roses in order to preserve their continuance. The number of visitors did not increase as expected, with the result that the Rose Garden had a deficit of 2725 Mark. The VDR rendered another 250 Mark and defined the visitors rules:“Everybody may visit gratis, children under the age of 10 must be accompanied by an adult. Picking flowers, twigs and so on and walking on rose beds is strictly prohibited”. We read in the 1906/4 edition of the “Rose News” that new species, put at the disposal of rosar for testing are the possession of the breeder, a misappropriation of plant parts will be subject to prosecution.During the years that followed especially rambling rose species increased. They were cultivated up columns and pyramids. This gave the garden a special flair. This is the period when works of art were installed which gave the park its character. In 1909 rose breeder Dr Georg Dieck from Zöschen gave his collection of 450 wild rose species to breeder Conrad Peter Strassheim, who owned the famous rose garden in Frankfurt Sassenheim. The wild roses had been on show in 1900 at the Paris World Exhibition. After the exhibition they went to the Rosarium “Roseraie de L’Hay”. In 1909 the collection was sent to the Sangernausen Rosarium. These sprig shoots are the basis of today’s Europa-Rosarium wild rose collection. 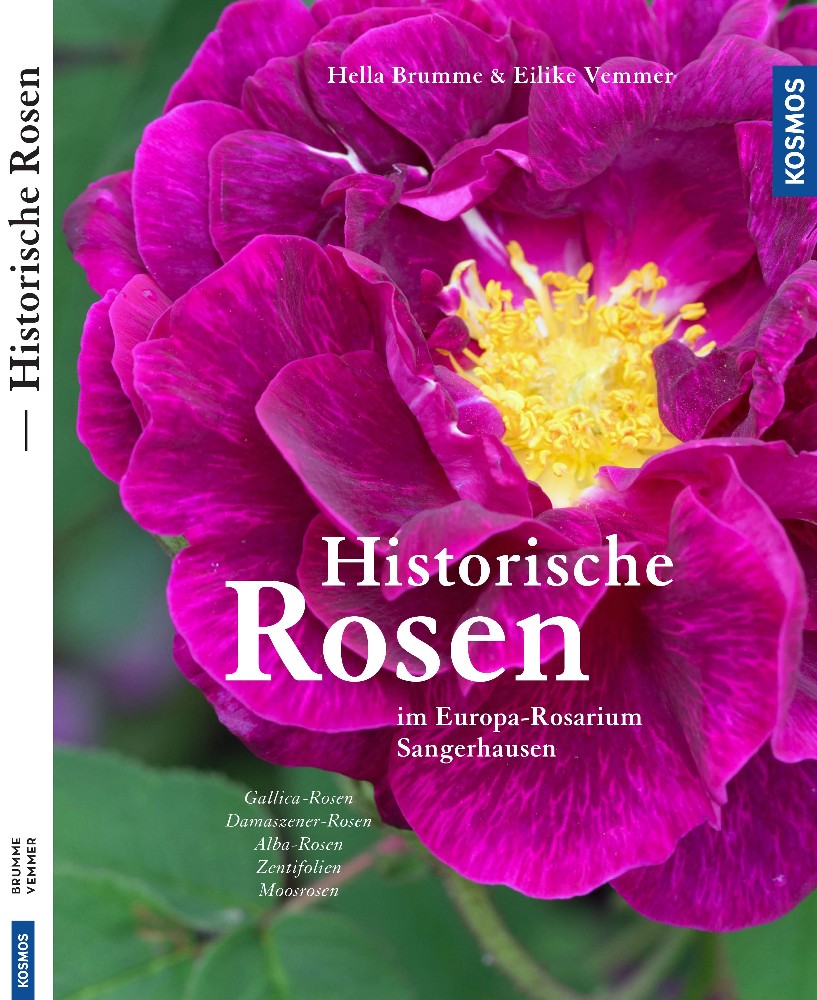